Launch of the procedure for a strategic investor for "Belene" NPP project
11.03.2019
In implementation of decisions of the National Assembly of 7 June 2018 and of the Council of...
Read More...
TO OUR PARTNERS AND CLIENTS
03.12.2014
On 03.12.2014 the new Executive Director of NEK EAD Mr. Petar Iliev was registered in the...
Read More...
PRESS RELEASE
18.07.2014
Thanks to the efforts made by the management of NEK EAD for improving and stabilizing the company...
Read More...
More Articles...

Thanks to the efforts made by the management of NEK EAD for improving and stabilizing the company financial condition, as well as owing to the policy conducted by the government and the legislative measures undertaken, the expected company losses of 334 mln BGN for 2013, as foreseen in the preliminary financial estimations, were reduced to 142 mln BGN.
In spite of these actions leading to such results, the company continues to feel the negative impacts coming from the long-term power purchase agreements with AES Maritsa East 1 and with ContourGlobal Maritsa East 3, as well as from the electricity purchased from the RES energy producers. For 2013 alone the negative effect of the long-term PPAs on the company amounts to 240 mln BGN and the negative effect of the RES energy producers on the company is 130 mln BGN.
NEK's liabilities as of 31.12.2013 have mainly resulted from non-compensated costs for electrical energy from a preceding period, as well as from investment costs involving own funds of the company for Belene NPP Project and Tsankov Kamak Project. 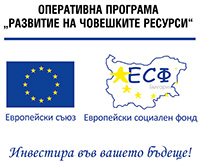